The International Organization of Mycoplasmology has selected Duncan Krause as the 2020 Emmy Kleineberger-Nobel award for research in Mycoplasmology. The award for Dr. Krause, Professor Emeritus in the department of microbiology, was announced by the IOM in June.

Emmy Klieneberger-Nobel (February 15, 1892 – September 11, 1985) was a German Jewish microbiologist and a founder of mycoplasma bacterial research. She performed most of her research at the Lister Institute in London, England, after having been expelled from Germany by the Nazis.

The IOM award named in her honor was established 40 years ago and is presented biennially at the Congress of the International Organization for Mycoplasmology. Generally recognized as the highest honor in the field, the award is named for one of the earliest pioneers in the field of mycoplasmology.

"Emmy Kleineberger-Nobel was an outstanding microbiologist and a remarkable person - as a woman, a Jew, and a refugee from Nazi Germany, she had to overcome significant obstacles well beyond just trying to culture mycoplasmas," Krause said via email. "Needless to say, I am both honored and humbled to receive this recognition from my peers."

Krause was scheduled to present an award lecture at the IOM Congress in Tel Aviv this month, but due to the COVID-19 pandemic that meeting has been tentatively rescheduled for next summer. 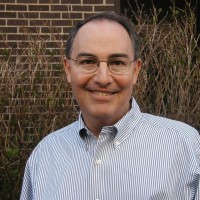