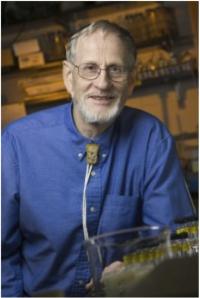 Dr. Juergen Wiegel joined the UGA Biochemistry Department as a postdoc in 1977, and he joined the faculty of the UGA Department of Microbiology in 1982.  He became an established international authority on thermophilic anaerobes and earned the 2007 Bergey’s award.  Dr. Wiegel’s research resulted over 230 publications and three US Patents, but his scientific legacy also lives on through the countless graduate students he trained in his lab, in his graduate teaching in presentation skills and microbial diversity & physiology.

The Dr. Juergen Wiegel Graduate Award in Microbiology was established by Dr. Wiegel, his family, and his former students and colleagues.  This award recognizes graduate students for excellent work in non-medical microbial biodiversity and microbial physiology.